Ronaldo upset with Sarri after being substituted during Juventus win

Cristiano Ronaldo was upset with Maurizio Sarri after he was substituted during the closing stages of Juventus victory over Lokomotiv Moscow in the Champions League. 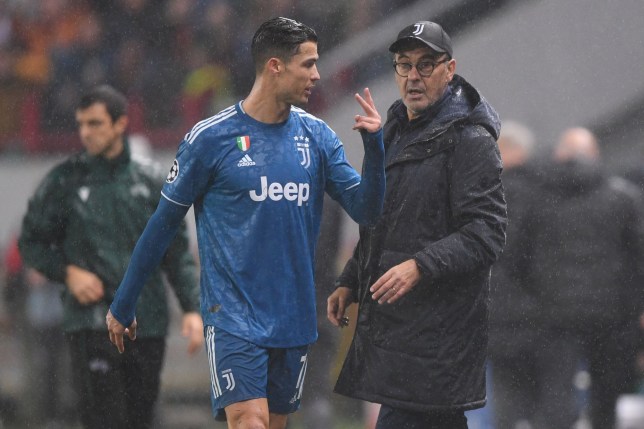 Juve took the lead after Lokomotivs goalkeeper Guilherme failed to keep hold of Ronaldos low free-kick and the ball spun towards the goal before Aaron Ramsey poked it into the net. But the Russian side equalised in the 13th minute through Aleksey Miranchuk.

Juve were chasing the winning goal but Sarri opted to replace Ronaldo with Paulo Dybala with eight minutes remaining.

And Ronaldo was clearly unhappy with Sarris decision as he decided not to shake the Italians hand as he walked to Juves bench.

This was the first time Sarri substituted Ronaldo since he became Juventus manager in the summer.

Thankfully for Sarri, the decision did not cost Juventus as Douglas Costas excellent individual effort in injury time won the game for the Italian champions.

The victory in Russia means that Juve have now qualified for the knockout stage, although they could still be beaten to first place in Group D by Atletico Madrid.

Facebook employing user data as a weapon against rivals: Report

Disqualification Of LionHeart An Eye-Opener For Nollywood: Nigeria Oscar Committee

US was doing great until it was hit by China’s coronavirus: Donald Trump