Serena Williams: Best player I have ever faced – Navarro 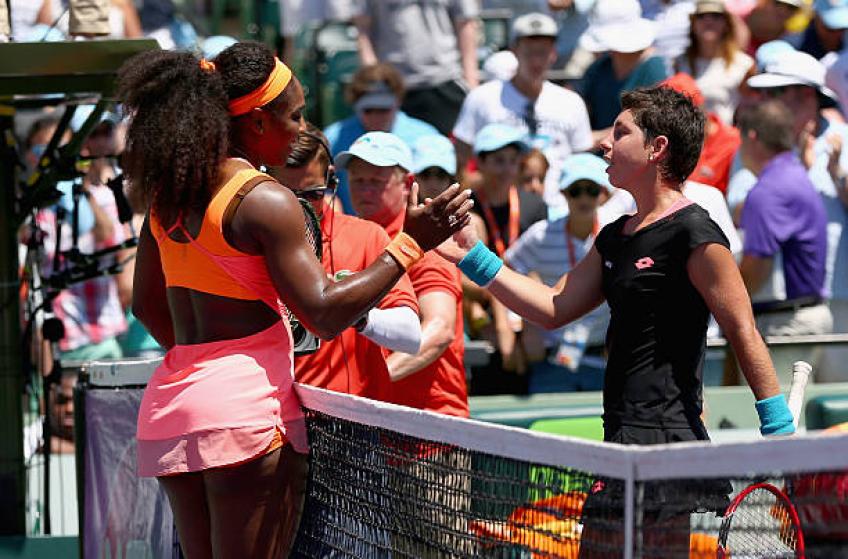 The Spanish player described the American as the greatest player she has ever faced in her career that will end next year. Looking ahead to her last season in 2020, Suarez Navarro added: “I have many ambitious goals.
It will be a full season. If I am doing well physically, I know that my game and my mentality will follow. I would like to perform well in the Grand Slams, try to go past the quarter-finals, and as the main goal to play the Olympic Games in Tokyo.
I will try to end the year in the top ten. I will try to have a good time. I have been thinking about it for a long time. This moment would come, sooner or later. I had clear ideas and that’s how I feel. I am the person I am thanks to tennis and the people who I met with along the way, the fans…
What I will miss the most is the people’s support.” Asked about her most memorable matches, Suarez Navarro replied: “Playing at the 2008 French Open, the first match on the Central Court. The 2009 Australian Open against Venus Williams on the Central Court too.
Read Also:Serena Gets To Work, Shares Moana Blanket With Daughter
When I won in Doha when I reached 2015 Miami final… I would like to be remembered as a player who gave everything on the court.” Suarez Navarro’s retirement announcement was followed by that of Anna-Lena Groenfeld, and Caroline Wozniacki. Earlier, Dominika Cibulkova also announced her immediate retirement from the Tour towards the end of the 2019 season.

Single motherhood: ‘It has given me and my daughter a wonderful freedom’

Pakistani woman dies after being set on fire by husband

Laetitia Mugerwa: The Education & Emancipation of Women is Not a Threat to Your Manhood

Anderson .Paak Left Kanye And Dr. Dre To Be On The Price Is Right