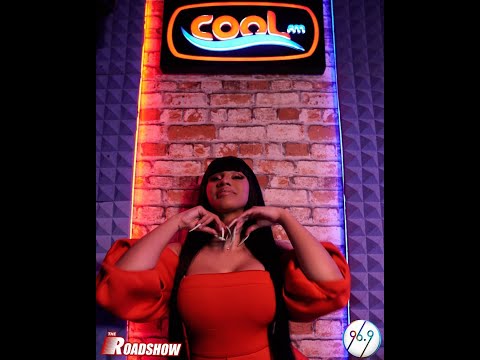 The American star made this disclosure known during her no-hold-barred interview on 96.9 Cool FMs Roadshow.

Cardi B, who was interviewed by media personalities, N6 and Taymi, described Nigerians as great entertainers.

The Grammy awards winner praised self-acclaimed African Giant and labelmate, Burna Boy for his raw talent and she revealed his 2018 single Ye is one of her favourite songs.

I was telling the heads of Atlantic that that song (Ye) is huge, its amazing.

The social media sensation also confirmed Davidos claim that they had worked on a remix of Fall but said her record label did not allow her drop it.

We did it (Fall) like a while ago and my label was like giving me a hard time, we had a very big argument cos we really wanted that to come out but she revealed.

Speaking on what she likes about Nigeria, the mother of one likened Lagos to New York by saying,

There are so many people and its like New York, She exclaimed.

Cardi B also revealed that she now has a Nigerian name and Taymi B helped her pick one for her daughter, Kulture which is Ayo.

Watch the full video below:

Fears over growth of isolation booths for disruptive schoolchildren

Davido Regrets As He Bashes His Bentley (Video)